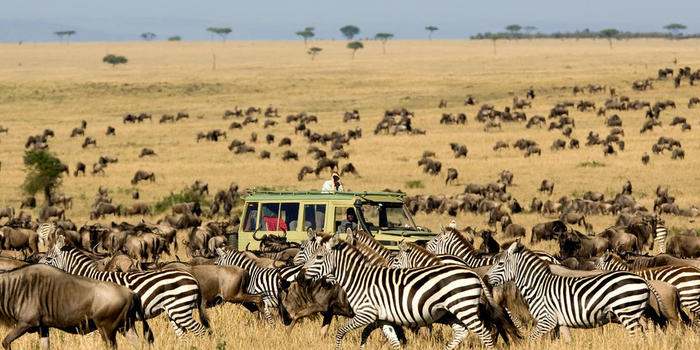 Tanzania is a popular point on world map where you can find exceptional bursts of adventures; this is a prime location of tourism of the African continent where you can find the wilderness of the rarest. Feel the thrill of big 5 while on your favorites Tanzania Safari, watch the nature and wildlife in a way you never have seen or imagined before in your life. Discover the real rainforest, jungle, wild animals and birds and sense the Tanzania Safari difference between their various species.

Tanzania is having more than 20 national parks and conservation areas, every park is having some exclusive specifications. Tanzania is not the only land of wildlife but you can also find 120 different traditional tribes who believe in their fore father’s culture and tradition. Here you explore with learning, you can live back in time, and you can feel your life to be different than before. This East African country has so much more to offer beyond the game drives: undeveloped beaches, the fascinating Maasai tribe, and the world’s tallest free-standing mountain—Mount Kilimanjaro

Here are some of the unique things which you can experience in Tanzania SafariTours.

Arusha National Park encompasses Mt. Meru, which is the 2nd highest mountain in Tanzania and the 3rd highest freestanding mountain in Africa. There are dramatic variations in the scenery, open Savannah, dense forest and thick bush, impressive craters and many lakes. Furthermore, there are 5 distinct vegetation zones that host a wealth of flora and fauna. 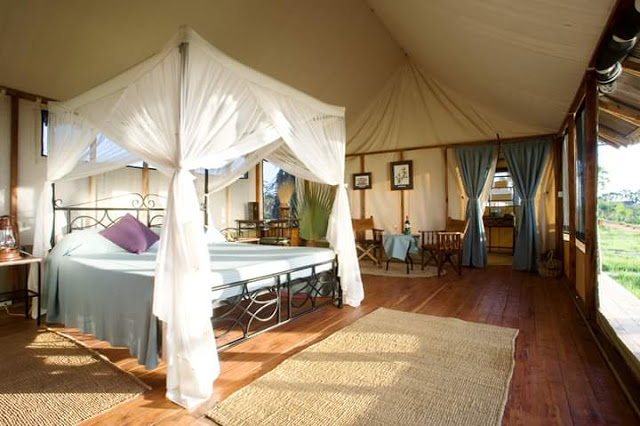 2)  Sleep in a TreeHouse in Tarangire National Park

Outside of the Serengeti, Tarangire National Park holds the greatest attentiveness of wildlife. The landscape is full of ancient baobab trees that offer refuge for herds of elephants and the park’s legendary tree-climbing lions and pythons. Bird enthusiasts will also be fascinated with more than 550 species that call the park home.

3)   Swim And Sunbathe On Zanzibar Beaches

Zanzibar Beach is one of the magnificent sea beaches of Tanzania Destinations which you will love to encounter year-round year. This is the place where fun and excitement becomes double, you get more than you expected. Beautiful blue water with the bluish sky with sunshine and the white sand of the beach feels you with energy and refreshment. This attractive beach offers sea diving in which you can explore hundreds of new aqua species. Take sunbath on the beautiful beaches Zanzibar and get the extreme power of vitamin D. 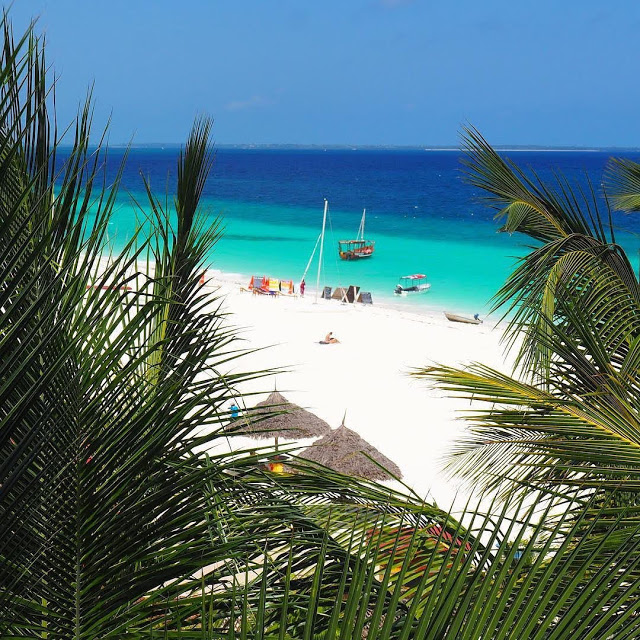 Mount Kilimanjaro, the topmost edge of Africa is located in Tanzania having a total height of about 19,200 feet The name itself “Kilimanjaro” is a mystery wreathed in clouds. It might mean Mountain of Light, Mountain of Greatness or Mountain of Caravans. Above the gently rolling hills and plateaus of northern Tanzania rises the snowy peak of Mt. Kilimanjaro, its slopes and glaciers shimmering above the rising clouds. Kilimanjaro is located near the town of Moshi. You will feel like heaven after reaching its top because the peak is full of snow, creating a cool climatic view. 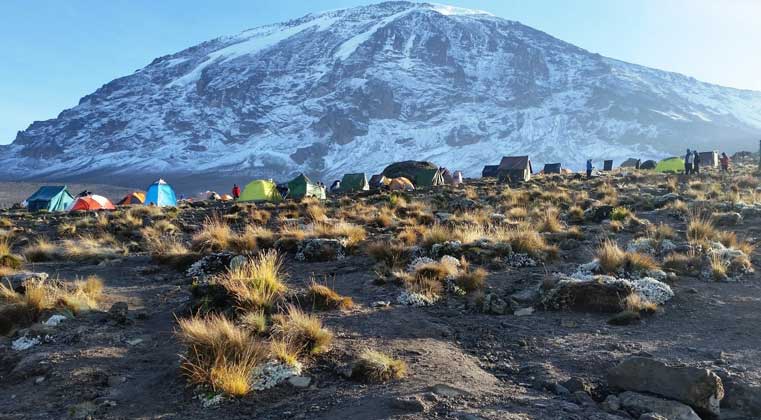 5)   Camp In The Serengeti During The Annual Migration

Serengeti comes from a word meaning “endless plains” in the traditional Maasai language, and with more than 12,000 square feet of wilderness, its never-ending landscape is just as awe-inspiring as the plentiful animals that call it home. The yearly the crossing of giant herds—more than 1.5 million wildebeest and zebras—to greener pastures are one of the most spectacular wildlife wonders to witness. This is a furious natural drama that you can see with your naked eyes while camping to a distant part of the area to remain safe. This migration usually takes place during rainy seasons so you have to visit during this time to experience the best of Tanzania Safari. 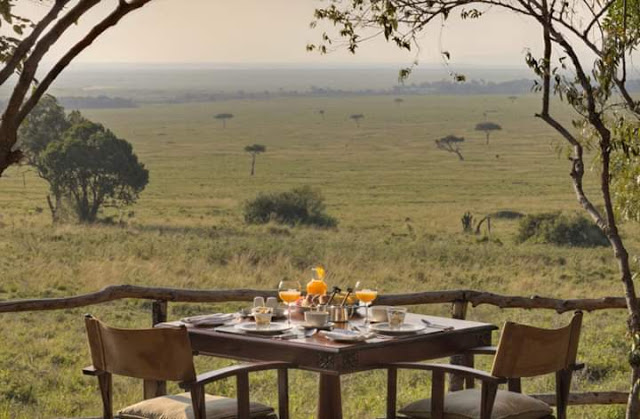 When people plan for their bucket-list adventure in Tanzania, Serengeti National Park always comes to mind first. Sure, there’s the Great Migration and the Lion King setting — both fantastic reasons that make ditching the Serengeti impossible. But Tanzania has so much more to offer and it would be a total bummer to miss out on them. Particularly the renowned Ngorongoro Conservation Area. 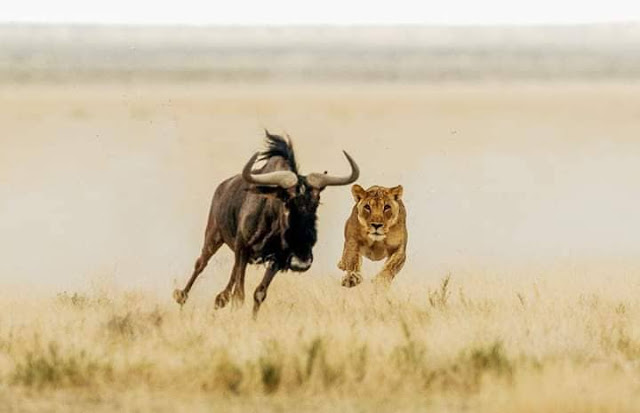 7)  Walk Through History In Stone Town

The stone town of Zanzibar is the place where you will find beautiful buildings made of stone having some stone carving on it. This stone town is made during ancient time making you feel like back in time. Zanzibar’s Stone Town is one of the historic places of Tanzania to get the best knowledge about the stone edge by doing researches on it during your Tanzania Safari. 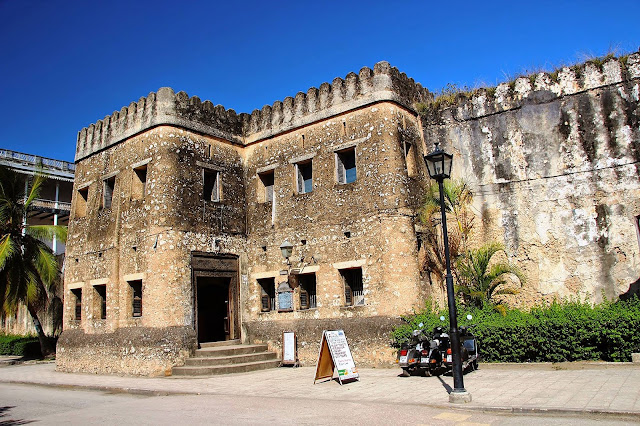 Lake Manyara National Park is unique because of the myriad ecosystems that are present within the national park. These range from the basic arid lands to the soda lake, from the dense woodlands to the groundwater forests. All-in-all, there are 11 ecosystems that can be found within this small national park – one of those places that have it all in the same place. What this diversity in relief and habitat does is attract a host of animals that range from 400 species of birds including thousands of flamingos in the wet season to buffalo, cheetah, and girffe. 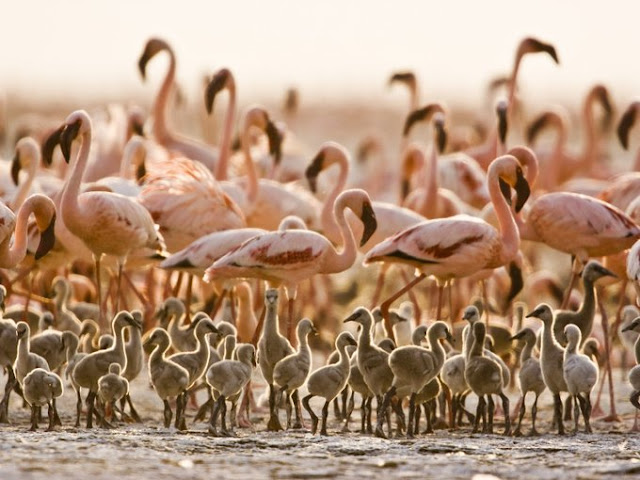 A visit to Tanzania wouldn’t be complete without meeting its traditional people—the Maasai tribe. Predominately known as a warrior tribe, the Maasai’s lives are centered on driving cattle. Today, you’ll often see a Maasai carrying a traditional herding spear in one hand and a cell phone (most often used for making cattle sales) on the other hand, symbolizing the struggle tribes go through in modern times. 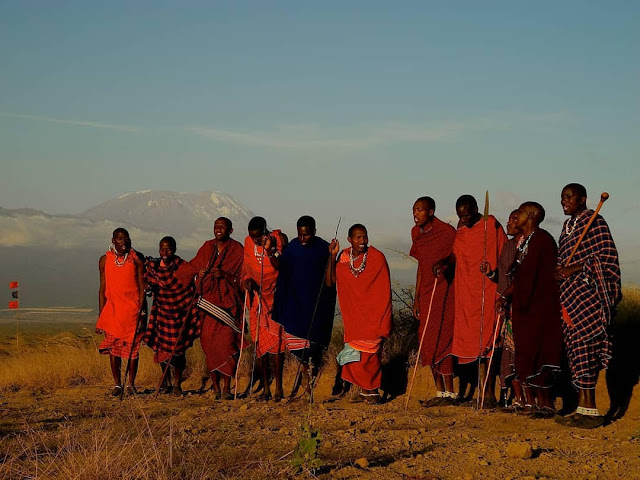 One of the delicious tourism of Tanzania Safari Tours is during a spice tour on Spice Island. Tanzania is also having a rich history about the spices, as those spices were used to make a difference in the taste of their food from other parts of Africa. During this spice tour, you will taste many spices as well as the cookeries made of those spices. 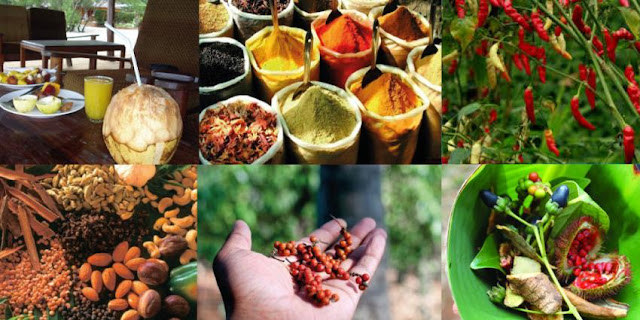 Tanzania is a land of exploration where you will explore the thing which you never wondered. We Great Image Expedition is one of the instinctive and grownup operators of this land, we can help you to experience the Tanzania Tour a step better. There are many other things which you can view during the Tanzania Safari, but you need to follow some precautions before that. To know, what is the precaution you should take; so that you can enjoy Tanzania Safari without any obstacle please visit our website @https://gie.co.tz/