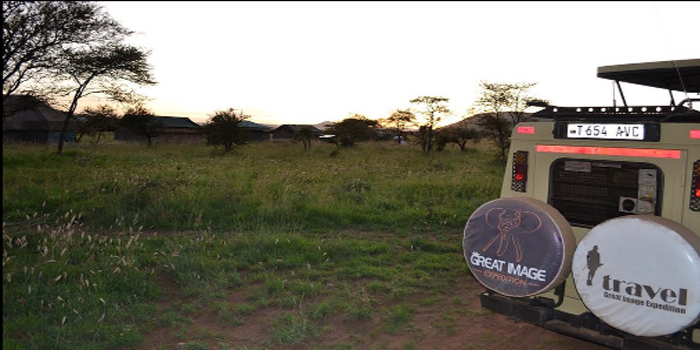 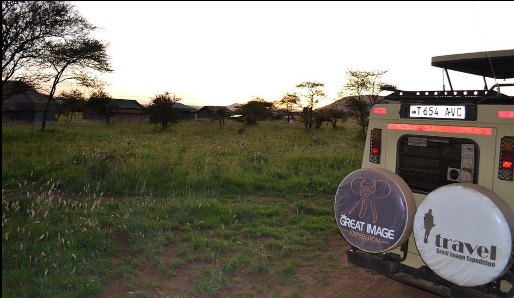 When we planning a safari trip to spend our holiday vacation — Lots of things come to our minds like when and where to go, where to stay, what’s the best place for kids, health and safety, and some recommended tour operators.
A family safari to Tanzania should be the journey of a lifetime. Many parents decide to wait till their children are above 12 years old, but those who’ve traveled with younger children claim it is a wonderful experience, too. As you begin to enjoy your trip, keep something in your mind: 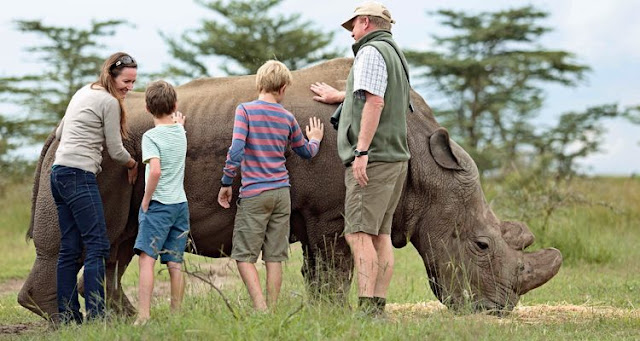 — The ages of your children
— Their abilities and interests in animal
— The training of the various tour operators, guides, and safari leaders to work with children.
Unlike many other family love adventures that we encourage, a safari trip to Tanzania should definitely be organized by a reputable tour operator, either from Africa or within Tanzania. When you begin your safari plan, you’ll find safari tour operators who promise sightings of the “Big Five” – Cape buffalo, rhinoceros, elephant, lion, leopard – and level the game reserves by how much wildlife can be seen there. But for you, traveling with family is like how you explore all within a short period of time.
What should you know before planning a trip?
Before we plan a safari trip, 1st you read about the country’s history, the places you will visit, the wildlife, latest news of that region, climate and other things you expect to see. It makes it much more interesting while you’re there. Adults and children should take photos, keep a family diary, and collect photo album so that when you return home you can all make an album together. You’ll keep family memories alive and create a valuable at the same time.
Best Time to Go
The best time to explore wild animals in many parts of Tanzania is during the warm, the dry season, when the grass is short, visibility is good, and the weather is usually dry, approximately December to April. Tanzania specialists recommend February, March, September, and October as the best months for maximum game-viewing. But they also stress that anytime other than April and May, the rainiest months, are fine.
Where to Go For A Tanzania Safari
Most first-timers to Tanzania choose to visit the best-known game parks — Serengeti National Park, Ngorongoro Conservation Area, Tarangire National Park, Arusha National Park, Ruaha National Park or Mikumi National Park
Serengeti National Park

Serengeti NationalPark is undoubtedly the best-known wildlife sanctuary in the world, unequaled for its natural beauty and scientific value, it has the greatest concentration of plains game in Africa
The Serengeti National Park in Tanzania was established in 1952. It is home to the greatest wildlife spectacle on earth – the great migration of wildebeest and zebra. The resident population of lion, cheetah, elephant, giraffe, and birds is also impressive. There’s a wide variety of accommodation available, from luxury lodges to mobile camps. The park covers 5,700 sq miles, (14,763 sq km), it’s larger than Connecticut, with at most a couple hundred vehicles driving around.
Ngorongoro Conservation Area

The extraordinary feature in Ngorongoro is a deep, volcanic crater and the largest unflooded and unbroken caldera in the world. About 20kms across, 600 meters deep and 300 sq. km in area, the Ngorongoro Crater is a breathtaking natural wonder. The Ngorongoro Crater is one of Africa’s most famous sites and has the highest density of wildlife in Africa. Sometimes described as one of the ‘eighth wonders of the world’. This guarantees a great wildlife viewing in a genuinely mind-blowing environment. The Ngorongoro Crater is the world’s largest intact volcanic caldera; there is nowhere else in Africa quite like Ngorongoro!
The crater floor consists of a number of different habitats that include grassland, swamps, forests and Lake Makat (Maasai for ‘salt’) – a central soda lake filled by the Munge River. It is the most likely area in Tanzania to see the endangered Black Rhino, as a small population is thriving in this idyllic and protected environment. It is currently one of the few areas where they continue to breed in the wild. Your chances of encountering leopard here are also good and fabulous black-maned lions. Many flamingos are also attracted to the soda waters of Lake Magadi.
Tarangire National Park

Tarangire NationalPark has some of the highest population density of elephants as compared to anywhere in Tanzania, and its sparse vegetation, strewn with baobab and acacia trees, makes it a beautiful and distinctive location to visit. Located just a few hours’ drives from the town of Arusha, Tarangire is a popular stop for people traveling through the northern safari circuit on their way to Ngorongoro and the Serengeti.
Before the rains, droves of gazelles, wildebeests, zebras, and giraffes migrate to Tarangire National Park’s scrub plains where the last grazing land remains. Breathtaking views of the Maasai Steppe and the mountains in the south makes a stopover at Tarangire a memorable experience.
Arusha National Park

Arusha National Park(ANAPA) is a gem of varied ecosystems and spectacular views of Mt. Meru, the crater that gives the region its name
It is a popular destination for day trip visitors who are about to embark from the town of Arusha on longer northern circuit safaris. The small national the park includes the slopes, summit, and ash cone of Mt. Meru, the Momela Lakes, Ngurdoto Crater, and the lush highland forests that blanket its lower slopes. Game viewing around the Momela Lakes is at a laid-back and quiet pace, and while passing through the forest many visitors stop to search for troupes of rare colobus monkeys playing in the canopy.
Climbing Mt. Meru or enjoying the smaller trails that criss-cross its lower slopes is a popular activity for visitors to Arusha National Park. The three-day trek to reach the crater’s summit is a quieter, and some say more challenging alternative than the famous peak of nearby Mount Kilimanjaro. Along the lower slopes, the paths to rivers and waterfalls create a relaxing day hike for visitors who don’t want to attempt the rather arduous climb. Ancient fig tree forests, crystal clear waters cascading from mountain streams, and a chance to spot colobus monkeys are the attractions and pleasures of Arusha National Park.
Ruaha National Park

Ruaha national park is one of the few of Tanzania’s famous wilderness areas where one can have a rare experience of game viewing spiced up by the fascinating landscape. The park is rich of plants and animals such as Greater Kudu (Tragelaphus strepsiceros) which can not be found in any other national park. The park boasts of her almost untouched and unexplored ecosystem, making visitors’ safari experience very unique.
The Great Ruaha River as other rivers like Mwagusi, Jongomero, and Mzombe save as the lifeline of the park. During the dry season, these rivers become mostly the main source of water for wildlife. There are few natural springs saving the same purpose.
In the pick of the dry season, elephants obtain water from dry sand rivers using their front feet and trunks. The remaining waterfalls along the Great Ruaha The river is also an important habitat for hippopotamus, fish, and crocodiles.
Mikumi National Park

Mikumi National Park is Tanzania’s fourth-largest national park. It’s also the most accessible from Dar es Salaam. With almost guaranteed wildlife sightings, it makes an ideal safari destination for those without much time.
Since the completion of the paved road connecting the park gate with Dar es Salaam, Mikumi National Park has been slated to become a hotspot for tourism in Tanzania. Located between the Uluguru Mountains and the Luongo range, Mikumi is the fourth largest national park in Tanzania and only a few hour’s drives from Tanzania’s largest city. The park has a wide variety of wildlife that can be easily spotted and also well acclimatized to game viewing. Its proximity to Dar es Salaam and the amount of wildlife that lives within its borders makes Mikumi National Parka popular option for weekend visitors from the city, or for business visitors who don’t have to spend a long time on an extended safari itinerary.
Where To Stay On Your Safari
Our Experienced tour guides recommend you smaller tented safari camps, which are often quite luxurious. Families often look back on their contact with camp staff, rangers, and guides as well as other guests, at meals and on the daily safaris, as one of the best parts of the trip.
Now finally you found the dream location for a perfect Tanzania Family Safari and us all reached the end of the blog so there are also some tips that you should follow for safety purpose:
Choose a good operator and have a proper conversation with before the plan.
Query about the food, lodges and self-drive price and details.
One of the best itineraries for your family is “2 DAYS/ 1 NIGHT SAFARI”
Don’t feel shy to share any problem that you have.
Take vaccination of different diseases before you leave
As we have said before please check the age limit of the kids.
Finally, we informed everything but haven’t said about us. “Great Image Expedition” is our name and we are one of the best native tour operators of Tanzania. There are several tour operators in the market offering Tanzania Safari but what makes us different, you can read out what travelers experienced with us@ https://bit.ly/38gZ81E
For more info:-https://gie.co.tz/